What is the difference between supercharging and turbocharging Part2 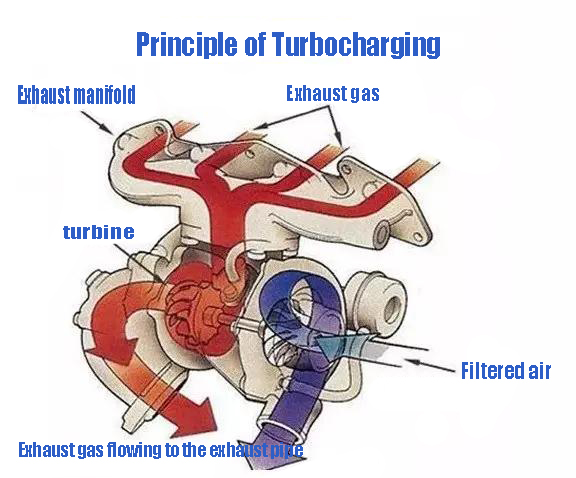 3. The turbo fuel consumption is low, low speed generally does not intervene, there is hysteresis, and high speed power is strong;

The intervention of the turbocharger is different for each engine, generally around 1500 rpm, that is, the engine will not be provided with additional intake air when it does not reach 1500 rpm, so the turbo is low at a low speed, especially when the traffic is blocked Without intervention, the low-speed power will naturally be weaker than that of supercharging.

The turbocharger's speed is extremely high, and the pressure increase is several times higher than that of the mechanical supercharger. However, due to the inertia of the turbofan, the intermediate bearing also has considerable resistance. When the exhaust gas suddenly increases, the speed of the turbofan will not increase at the same time, which is the turbo lag.

In summary, the advantages of turbocharging are still very obvious. After supercharging, the performance of the engine at low operating conditions is basically not reduced, while the power output, fuel economy and emissions of medium and high operating conditions can be greatly improved; In addition, the volume and weight of the supercharger are constantly decreasing, the reliability is continuously increasing, and the hysteresis phenomenon is getting smaller and smaller, making the turbocharging method more and more widely used on ordinary passenger vehicle engines.

Pre:What is the difference between supercharging and turbocharging Part1