On June 29, "Automotive News" released the list of top 100 global auto parts suppliers in 2020. According to the latest list, Bosch still ranks first; in the top ten, except for Faurecia and Lear's ranking exchange, the other eight companies still maintain the previous year's ranking. Like last year, there are still seven Chinese companies shortlisted this year, and the highest ranked is Yanfeng, the 19th. 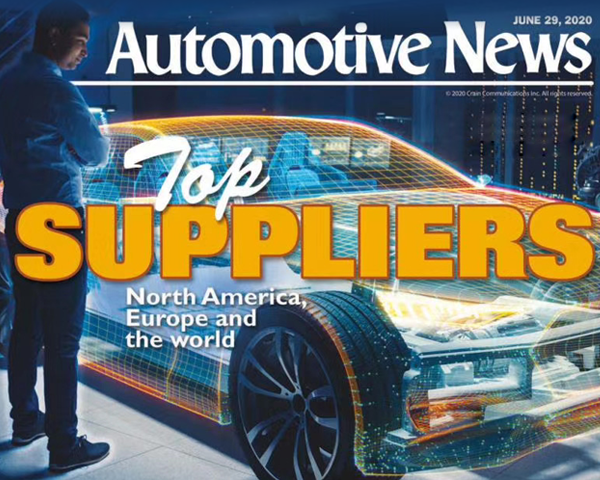 It should be pointed out that the criteria for the establishment of this list by American Auto News is the supplier's operating income (sales) in the auto supporting market business last year, and these data require the supplier to submit actively. Therefore, some large-scale parts suppliers did not make the list, perhaps because they did not submit relevant data.

The shortlisted companies this year came from 16 countries and regions. Japanese companies ranked higher than the United States, with a total of 24 companies shortlisted, and 21 companies from the United States entered this year's list; Germany's list this year is less than last year, with 18 companies Business shortlisted. In addition, South Korea, China, France, Canada, Spain, the United Kingdom, and Switzerland have 8, 7, 4, 4, 3, 3, and 2 companies on the list, respectively, while Ireland, Brazil, Luxembourg, Sweden, One company from Mexico and one from India were shortlisted.

As far as Chinese companies are concerned, the number of companies on the list this year is the same as last year, and the seven companies on the list last year are Yanfeng, Beijing Hainachuan, CITIC Dicastal, Dechang Electric, Minshi Group, Wuling Industrial and Anhui Zhongding Seals Co., Ltd. Among them, the rankings of Beijing Hainachuan and Johnson Electric rose. In addition to the above-mentioned enterprises, two subsidiaries of Junsheng Electronics have also been shortlisted, namely Junsheng Automotive Safety System No. 39 and Preh GmbH No. 95.