The L6 engine has 6 cylinders arranged in a straight line, so it only needs a cylinder head and a set of double overhead camshafts. No matter in those days or now, simplicity is actually an excellent one! 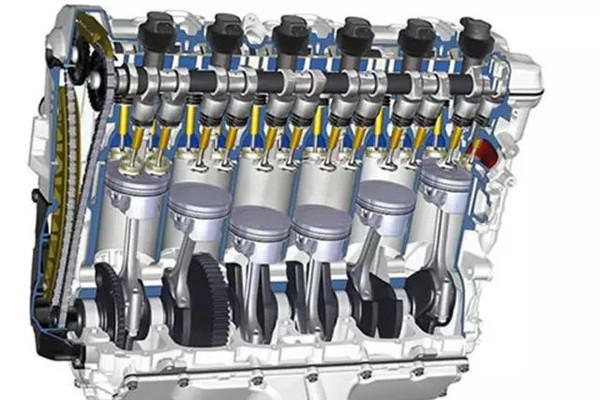 In addition, due to the characteristics of the arrangement method, the L6 engine can make the vibration generated by the pistons cancel each other, and can run smoothly at high speed without a balance shaft. At the same time, the ignition sequence of the cylinders of the L6 engine is symmetrical, such as 1-6, 2-5, 3-4 is the corresponding synchronous cylinder, which is good for inertia suppression. All in all, the L6 engine has a natural, natural ride advantage! Compared with the V6 engine, it is longer, and its inline is both its strengths and its "disadvantages".

Imagine that if the engine as a whole is long, the engine compartment of the vehicle must also be long enough. If you do n’t believe it, look at the inline six-cylinder model. Is the body ratio different? For example, the BMW 5 Series 540Li is equipped with an inline six-cylinder engine code-named B58B30A. It is not difficult to see from the side that the 5 Series head is longer than the general transverse engine model.