V6 engines, as the name suggests, are two sets of cylinders (three on each side) arranged in a "V" shape at a certain angle. Compared with the L6 engine, the V6 engine has no inherent advantages. Therefore, since its birth, engineers have been studying how to solve the vibration and irregularity of the V6 engine (compared to the L6). 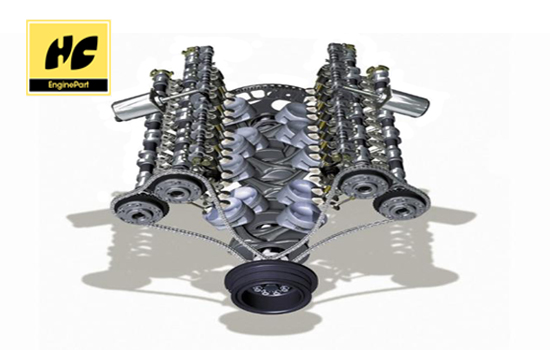 The early V6 engine was the V8 engine (with an angle of 90 degrees) with 2 cylinders cut off, until the subsequent 60 degree V6 engine was born and became the mainstream.

Some people may ask: Why is the included angle of the V6 engine 60 degrees? Instead of 70 degrees, 80 degrees? That's because the crankshaft pins of the engine are distributed at 120 degrees, the four-stroke engine ignites once every 720 degrees in the cylinder, the interval between the 6-cylinder engines is exactly 120 degrees, and 60 is exactly divisible by 120. To achieve the effect of suppressing vibration and inertia.

As long as you find a suitable angle, you can make the V6 engine run more smoothly and stably instead of adding or subtracting N cylinders rudely. However, even if the V6 engine can enhance its strengths and avoid its weaknesses, in theory, its smoothness is still not as good as that of the L6 engine. The balance achieved by the balance shaft is not always perfectly balanced.

The V6 engine takes into account both displacement, power, and practicality (smaller size). Taken together, the L6 and V6 engines actually have advantages and disadvantages. It is difficult to unilaterally evaluate the strength of the weak and weak, and the difference may be affected by the technical level. It will be even bigger.