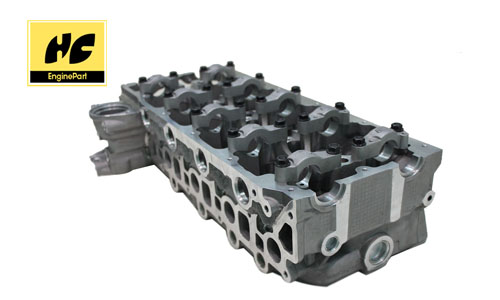 The first is caused by the thinking of "preferring tightness rather than looseness". It is mistaken that the increased torque of bolts can enhance the sealing performance of the cylinder gasket. When assembling the cylinder head, the cylinder head bolts are often tightened with excessive torque. In fact, this is incorrect. Because of this, the cylinder block bolt holes are deformed and protruded, resulting in uneven joint surfaces. Cylinder head bolts are also elongated (plastic deformation) due to frequent excessive stress, which reduces the pressing force between the joint surfaces and is uneven.

Second, the speed is often sought when assembling the cylinder head. Impurities such as sludge, iron filings, and scale in the screw holes are not removed, so that when the bolts are tightened, the impurities in the screw holes bear against the root of the bolt, causing the bolt torque to reach the specified value, but the bolt does not appear to be tightened, making the cylinder The pressing force of the cover is insufficient.

Fourth, sometimes the gasket is missing, just find a gasket with a large specification instead.