About crankshaft fracture and shot peening 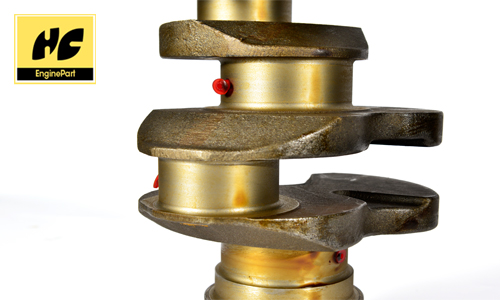 Therefore, the service conditions require the crankshaft to have sufficient strength to ensure that the crankshaft does not break during operation. At present, the use of shot peening to change the fatigue resistance of crankshafts has been widely used in a wide range of applications, and the effect is quite satisfactory.

Compared with the defect of the traditional rolling process, due to the limitation of the crankshaft processing technology, the rounded corners of each journal are difficult to match with the roller, which often causes the gnawing phenomenon of the rounded corners, and the crankshaft after rolling is deformed greatly ,not effectively. The mechanism of shot peening is to use pellets with a strictly controlled diameter and a certain strength to form a stream of pellets under the action of high-speed airflow and continuously spray them on the metal surface of the crankshaft, just like hammering with countless small hammers to make the surface of the crankshaft Produce extremely strong plastic deformation and form a cold work hardened layer. To put it simply, because the crankshaft is subjected to various mechanical cutting forces during processing, the stress distribution on its surface, especially the cross-section change of the crankshaft, is extremely uneven, and it is subjected to alternating stress during work, so it is easy Stress corrosion occurs and the fatigue life of the crankshaft is reduced. The shot peening process is to introduce a pre-compression stress to offset the tensile stress that the part will receive in the future working cycle, thereby improving the fatigue resistance and safe service life of the workpiece.

In addition, the crankshaft forging blanks are directly made from steel ingots or forged from hot-rolled steel. If the forging and rolling processes are not properly controlled, there will often be component segregation, coarse grains of the original structure, and unreasonable internal structure distribution in the blanks. And other metallurgical and organizational defects, thereby reducing the fatigue life of the crankshaft, the strengthening process can refine the structure and significantly improve its fatigue performance.