The crankshaft steel C38N2 is a new type of microalloyed non-quenched and tempered steel, which replaces quenched and tempered steel to manufacture Renault engine crankshafts. Surface hairline defects are common defects in the life of crankshafts, mainly caused by metallurgical defects such as pores and looseness in the original ingot being squeezed from the core to the surface during the die forging process. Improving the quality of the core of the crankshaft material has become an important goal in the rolling process. By reducing the softening of the pass during the rolling process, and promoting the deformation of the core is a favorable means for the looseness and shrinkage of the core of the welded cast structure. 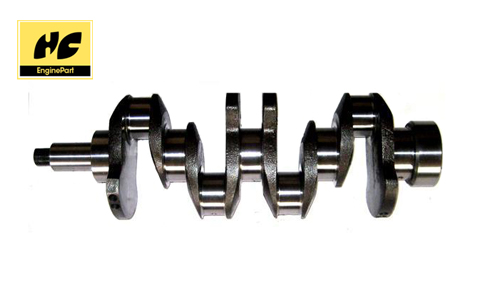 Scholars from the University of Science and Technology Beijing have studied the effects of austenitizing conditions, deformation temperature, deformation rate, deformation amount, and pass interval on the non-quenched and tempered steel C38N2 rolling of crankshafts through thermal simulation experiments, optical metallography and transmission electron microscopy observations. The influence law of static recrystallization volume fraction and residual strain rate between passes.