U.S. research and development of self-healing materials can be used in aircraft and ground vehicles

According to reports, researchers from the US Army and Texas A&M University have developed a new type of polymer material in a study aimed at improving future unmanned aircraft and robotic cars, which can deform and Self-healing automatically. 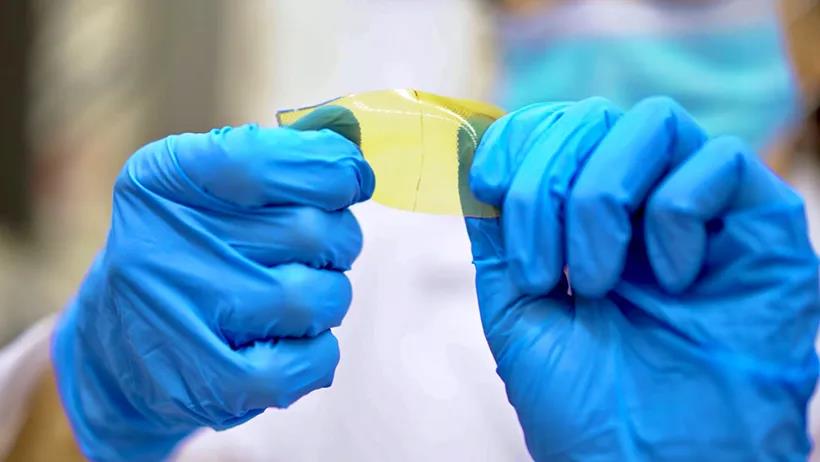 In the early research, the 3D printed epoxy resin material that appeared for the first time can respond to stimuli. Researchers hope that in the future, smart technology can be embedded in it so that it can automatically adapt to the environment without being controlled by the outside world. The researchers of the study said: "We hope to build a material system that can simultaneously have structure, sensing and response functions."

The researchers envisioned a future platform suitable for air and ground missions, with the characteristics of the T-1000 in the Hollywood movie "Terminator 2." In this hit movie, the Terminator is made of liquid metal, and its arm can be turned into a weapon for stabbing people. It can also repair itself after being hit by a 12-caliber shotgun and a 40mm grenade launcher.

Up to now, the materials developed by researchers can respond to temperature. Researchers first chose this material because it is easy to use in laboratory tests.

Polymers are made of repeating units, just like links on a chain. According to reports, the chains of softer polymers are only lightly connected by cross-linking. The more cross-links between the chains, the higher the hardness of the material.

The researchers said: “Most cross-linked materials, especially those made by 3D printing, tend to have a fixed form, that is, once the parts are manufactured, the materials will not be processed or melted. New materials have a The dynamic key allows it to change from liquid to solid multiple times, so it can be 3D printed or recycled."

Such dynamic keys result in a unique shape memory behavior, so the material can be programmed and triggered to return to the memory shape. This flexibility leads to obtaining both a soft rubber-like polymer and a hard, load-bearing plastic polymer.

Currently, the research is still in the research and development stage. The team began to try to develop a 3D printing material that can be used in structural applications to make components for drones and even rotorcraft.

The researchers said: "At present, we can easily achieve 80% self-healing rate of the material at room temperature, but we hope to reach 100%. In addition, we also hope that the material can respond to other stimuli other than temperature. For example, light. In the future, we will explore embedding some low-level smart technologies to allow materials to adapt automatically, without the need for users to initiate the process."

Reprinted from the Gasgoo community

Next:What are the characteristics of the piston structure design